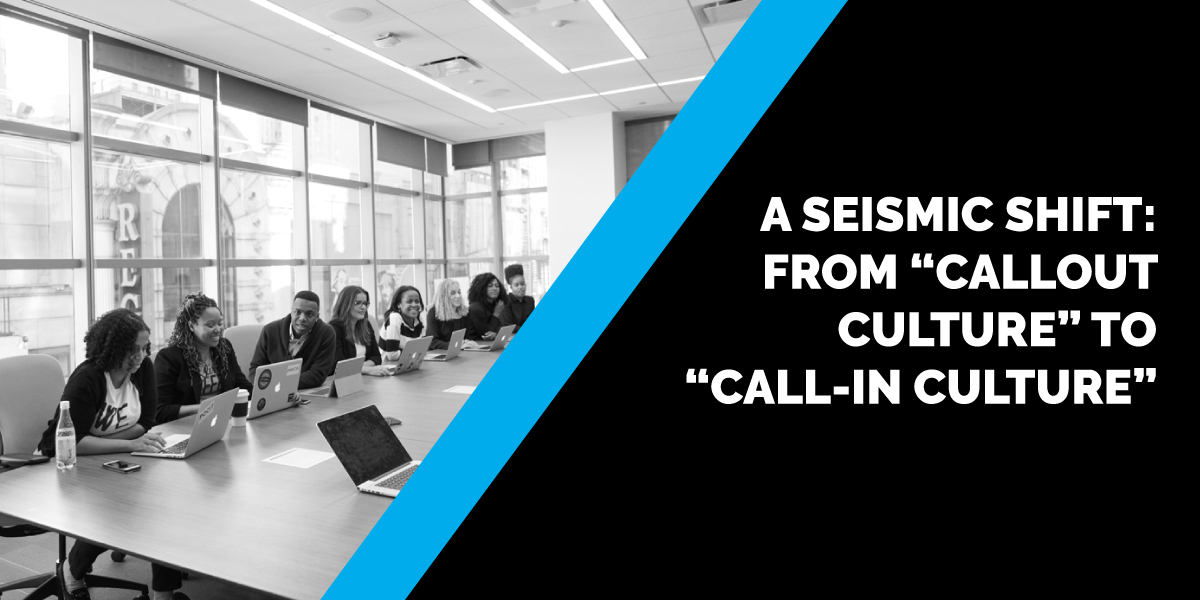 A Seismic Shift: From “Callout Culture” to “Call-In Culture”

A lot of corporations and businesses have started to embrace societal marketing. Should they be doing this? Does it actually benefit causes? Jake Stika—the co-founder and Executive Director of Next Gen Men—believes that they have power and influence on culture.

Of course he wants them to use those marketing budgets toward positive ends. But the worry is that there are no accountability mechanisms. Consumers vote with their dollars. As these brands partner with nonprofits and charities, it’s on us as the consumer to hold brands accountable. It takes a lot of moral fortitude to walk away from money if businesses aren’t “walking the talk.”

The problem with callout culture

Callout culture needs to happen in egregious cases when people use their power and privilege to be abusive. That’s not okay. However, people make mistakes. Getting called out and canceled because you make a mistake is devastating. You’re telling someone they don’t belong. Jake asks why we can’t look at it as “consequence culture” instead. When you mess up, you have consequences to deal with. Then, you find a path back to society. You’re saying, “Hey, that’s not okay, but if you want to belong, here’s how to do it better.”

Michele Romanow was trying to help someone pitch their idea better, and she posted on LinkedIn, “Make sure your grandmother can understand it.” Most people’s grandparents didn’t seek higher levels of education. But those generalities around someone’s lived experience doesn’t mean it’s everyone’s lived experience. Someone commented and said, “I find this to be ageist and sexist because my grandmother had a Ph.D.”

So Jake commented and said, “Great callout. Now how can we call-in?” How can we use different language to make the same point?” Perhaps you could instead say, “Make it so that a ten-year-old can understand it.” Offer alternatives. Say, “The thing you did made someone feel like this…” Not, “You are this and need to be cast out.”

Jake had an electrician do some work in his house. As he was leaving, they got in a conversation about conspiracy theories. This electrician saw them as fact. Jake could’ve said, “This conversation is over.” But he knows that he needs to build bridges with people and meet them where they’re at. So he gave him an hour of his time and tried to do that—but it’s exhausting.

He notes that our systems are flawed and not serving us well, which is why everyone needs to do the work to reinforce those shared systems, so you have a shared reality and experience to have a conversation about.

Jake emphasizes that the only constant is change. Jake grew up in a Catholic school. No one was “out” in his school. He didn’t understand what a transgender person was. He didn’t know about feminism. Jake is 32 and working with 12–14 year-olds, and they know all of these things. Change is happening, and it’s happening fast—which lends to the discomfort.

Jake’s non-profit is working on creating a culture where calling someone out on their behavior and helping them change is the norm. They are working to redefine what it means to be a man by promoting positive masculinity, healthy relationships, mental wellness, and gender equity. They want a future where boys and men experience less pain—and cause less harm. They are striving for cultural change. It starts by calling people out—and calling them back in.

To learn more about Next Gen Men and how you can contribute, listen to episode #33 of the Content Callout podcast and check out their website.