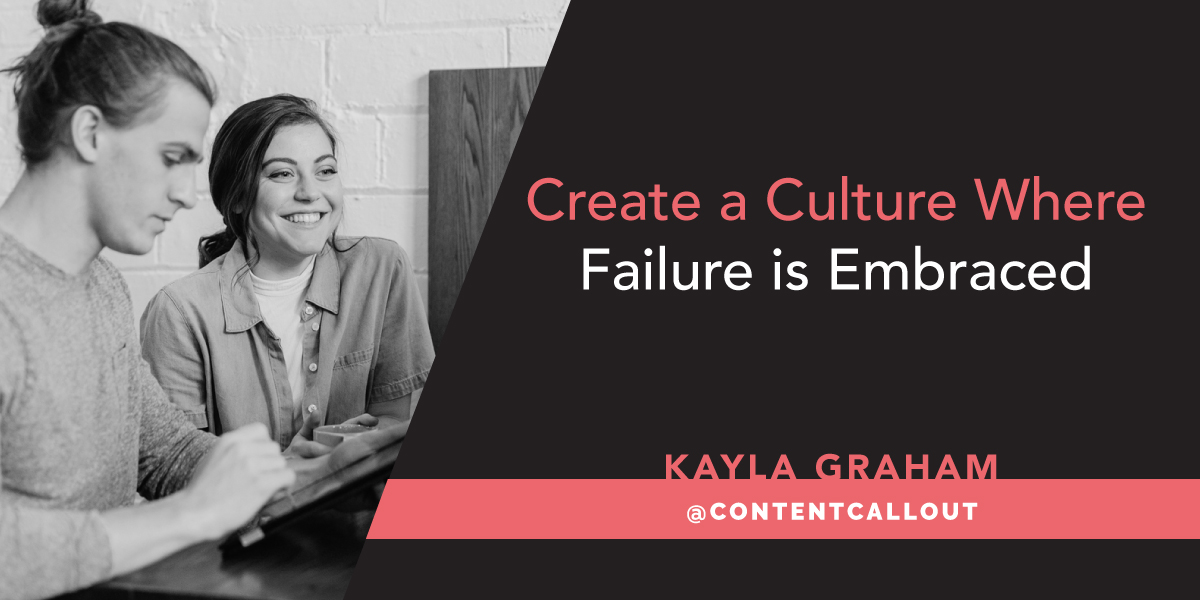 Create a Culture Where Failure is Embraced

You want to create a culture of innovation and creativity. You don’t know what you don’t know. But if you’re hiring people who aren’t creative, you stay safe. Doing so leaves your business vulnerable to other people who can innovate and steal the market share. So how do you embrace failure to drive creativity and innovation? Warrick Godfrey shares his thoughts.

Warrick recommends that you allow failure—but give it guardrails so you fail small, you fail fast, you learn fast, and you fail forward. So you did something and it didn’t work. Why? Maybe it would’ve worked if you’d done something a little different. It applies to any channel.

You start to get better as one experiment does well. That’s when executives take notice. Everyone gets a massive dopamine hit. Other people try to recreate the success. The muscle memory of experimentation gets better. You then have exponential success from an experimentation culture.

The fear that exists around failure

It’s okay to fail. You’re going to try new stuff, and it will bomb. But trying is the only way to know if it’ll work or not. The cultural mindset is that “I screwed up, my boss will be upset, I failed, this didn’t work, and so forth.” Where does the fear of failure come from?

Think back to your childhood when you were in school, maybe even at university. Ranking systems are built around punishing failure. It permeates throughout careers and adult life. Of course, there are businesses and scenarios where failure is not an option. But in most places, you have to fail to find the next step forward.

Are people too afraid to experiment?

Facebook had a value that was “move fast and break things.” They’ve since updated it to “move fast.” They aren’t the same company. Warrick notes that culture changes. They went from running a small business to a large conglomerate. They grew up. The consequences of any actions they take are big now. Failure when working with such high stakes can ruin people’s lives.

The philosophy of failing forward should still exist but must exist with guardrails to protect the customers and the business. It should be, “You’re allowed to fail—but here are the parameters.” Maybe a guardrail is that you can’t risk data security or can’t reveal knowledge about a customer. Make everything other than those guardrails free game.

Or maybe you test on a group that’s 0.1% of customers. You can test changes in communication frequency or channel use. You can beta-release new products. Once the guardrails are set, the fear of failure is lowered. Once fear begins to dissipate, creativity and innovation can flourish.

To hear more of Warrick’s thoughts on creativity, innovation, testing + experimentation, and what it really takes to grow your business, listen to episode #28 of the Content Callout podcast!