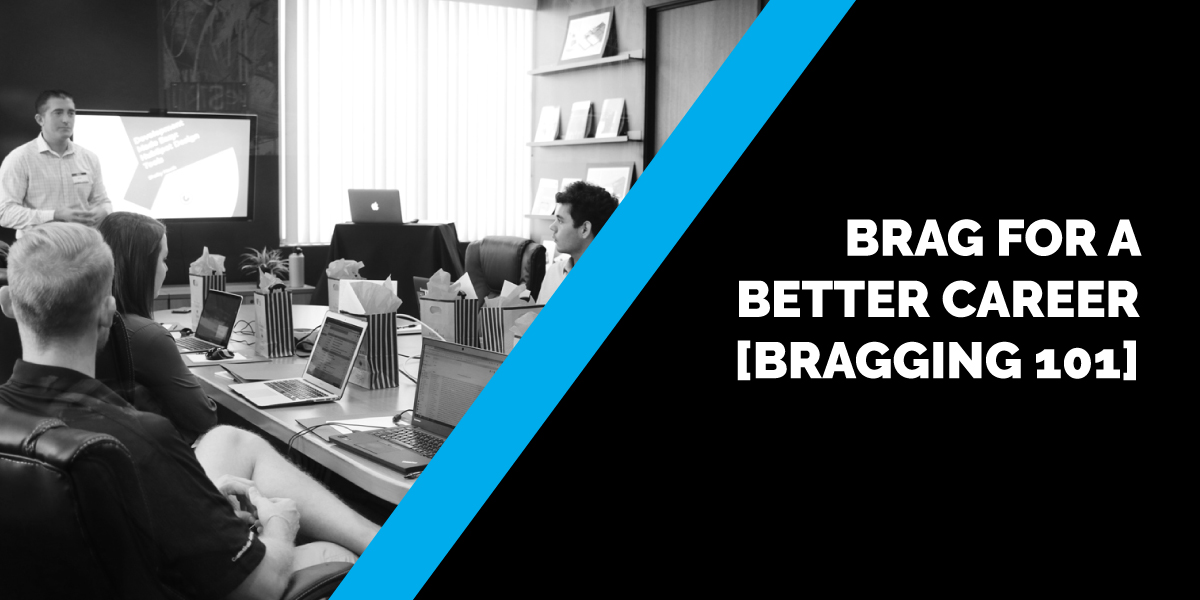 Brag for a Better Career [Bragging 101]

According to Meredith Fineman, bragging is a skill that must be developed and embraced to help further your career. It’s often given the negative connotation of being proud or boastful. According to Meredith—when done the right way—it should state, “True facts about your work strategically and cohesively to advance your career.”

That being said, can you brag too much? Should you use self-deprecation and other tactics? Meredith has a few thoughts.

Can you brag too much?

We live in the era of social media, and influencers are a huge part of the movement. Meredith shares that influencers drove $8 billion in sales last year. Social media is both a tremendous tool and a wasteland of fake things.

So how do you brag without coming across as shallow? It’s easy to feel intimidated or annoyed with someone who constantly posts selfies or seems to be self-centered, right?

Meredith argues for bragging better for the sake of your career. Selfies probably aren’t effective unless you’re selling skincare or camera lenses.

Is discomfort coming from a place of jealousy or inadequacy?

When someone is comfortable, it can feel threatening. You have to be confident in your work. Self-awareness is crucial. You can’t be jealous of the work you didn’t do. If you didn’t do the work, not feeling good enough is a conversation you must have with yourself.

Meredith admits she can be jealous and competitive. It’s so easy to fall into that trap of unfollowing people because they make you feel inadequate. But what if instead of unfollowing them or hiding notifications, you dig in deeper. What are they doing that makes you feel that way? How are they projecting confidence?

Self-deprecation: helping or harming your cause?

Self-deprecation can be a wonderful tool when it’s advancing your cause—but there is a fine line you must not cross, or you’ll find yourself in the territory of verbal undercutting. Verbal undercutting is saying things like “I hate to brag, but..” or “Self-promotion alert” or “Hey, I did a thing.” You’re insulting yourself before someone else can.

When you encounter someone that says “self-promotion alert,” there is no clear call-to-action. It leaves the reader in a state of limbo. There are ways to be welcoming instead of turning people off. No one can be excited about your work unless you are. You have to be careful with humor when people can’t infer things.

The verbal undercutting transfers to your reader, and they don’t know what to do with it. How do you coach people to stop? Treat yourself as a publicist. Plan a campaign, package yourself, pitch yourself, practice your narrative, learn to ask for what you want, and ask for recognition. Those things are essential.

To learn more about how to brag the right way, listen to episode #29 of the Content Callout podcast. Meredith shines a light on the necessity of bragging and how to do it better. Don’t miss it!