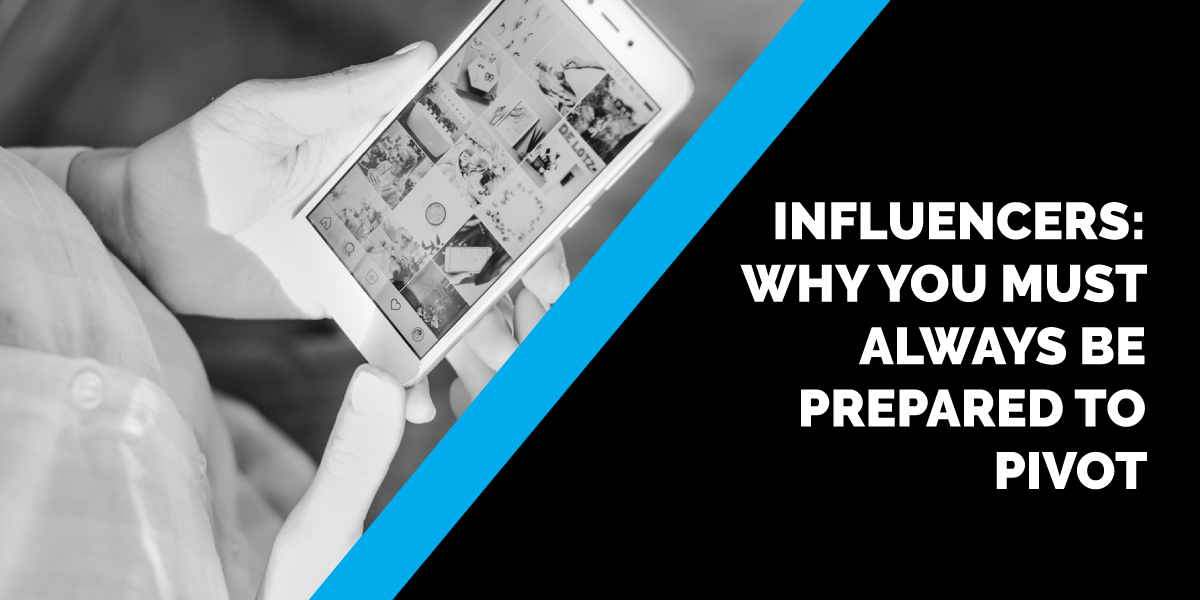 Influencers: Why You Must Always be Prepared to Pivot

Mike Morrison—a successful Canadian blogger and influencer—reluctantly stepped into his role as an influencer. It happened naturally and organically in a time when there was far less competition in the space. Mike took his 15+ years of experience in the industry and decided to launch a digital marketing conference—Social West.

All about the Social West Conference

His conference started small, but in 2019, 850 people from across Canada attended. Mike likes to host the conference in more of the unknown and less touristy places. Why? Partially because those regions don’t normally get access to these types of events. They don’t get tourist traffic and he’s able to bring them some recognition. He’s also learned that as long as you have great internet, you can be really successful anywhere. He notes that it’s probably the cheapest conference you get in Canada for what you get out of it (the highest ticket price is $600).

But then the pandemic hit. Mike felt like he lost everything. He had to lay off his employee, close his office—it was the worst-case scenario. He didn’t do anything wrong and he still lost everything. He knew that he was going to have to pivot and do so quickly. So instead of refunding everyone, they moved the conference online and called it “Social At Home.” Social at Home became the next evolution of his conference. He made it that much more accessible to everyone by bringing a conference right to their door.

To try and shoot for the same level of engagement you’d get at an in-person conference, Mike sends everyone a box with content in it to help navigate the conference. So you may have an envelope to open at certain times. Or he’ll send sidewalk chalk in the box so attendees can go outside and write an encouraging message on their sidewalk for healthcare workers.

He set a precedent and became the business that people were looking at and modeling after. Businesses took notice and started hiring him to run their online events and webinars.

Influencers must always be prepared to pivot

When he realized he needed to cancel his in-person conference, emails started pouring in of people asking for refunds. But he wasn’t ready to admit defeat (and potentially cause financial stress for himself and ALL of the vendors and speakers he’d already paid). So he told his attendees to hang tight, that he was working to still bring them something of value.

But then he had to come up with it. So he hosted a seminar called “Social Media in a Crisis.” He had three social media experts talk about what brands should say and do. In doing this, he got 800 new emails added to his list and kept his audience happy. His next step was launching a 4-week webinar series, two webinars per week. Once he got into the routine, it didn’t feel so hard.

Create a successful webinar with these tips

How did Mike make his online webinars and conference so successful? Mike believes that a webinar should look nice and be short and to the point. For the Social at Home conference, he had lined up 35 speakers. He had each of them sign in 15 minutes early to help evaluate their setup and give suggestions.

He’d assess their lighting, make sure they were dressed well, were in clean and appropriate spaces, etc. He points out that that’s the stuff that makes you stand out from other online conferences. He cares about audio-visual quality, the content, and length. He doesn’t want people to get bored, so he keeps the sessions at 25 minutes.

Operating as an army of one

Mike emphasizes that influencers have to be open to trying something now. Odds are, throughout your career, you’ll have to pivot. It’ll be likely that you’ll have to pivot multiple times. But as long as you have a “why” to fall back on, you can make it happen. To hear more of Mike’s advice and wisdom for influencers, listen to episode #9 of the Content Callout podcast!