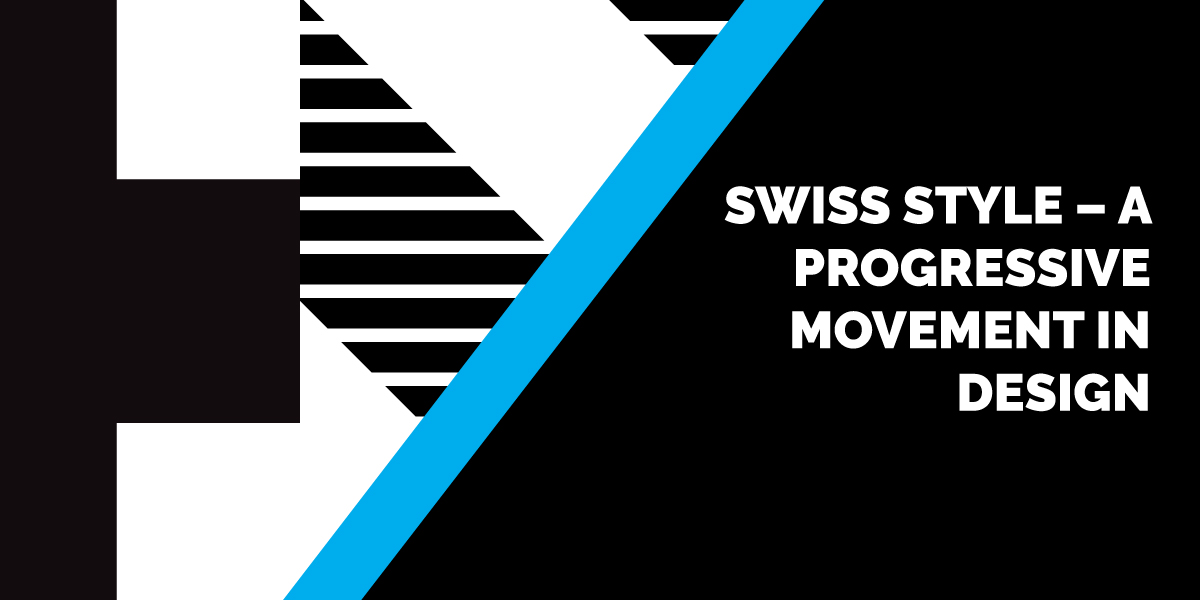 Mathematical grids, photos, and sans serif typefaces—these are the things of Swiss Style. Much of Swiss Style was devoted to the minimal elements of style—like typography and content layout—that have had a major influence on graphic design.

The style was marked by a desire to keep art objective and bring attention to its content and message rather than distract viewers with decoration. Its philosophy was that design should be as invisible as possible.

What is Swiss Style?

In the 1950s, a design movement surfaced in Switzerland that designers labeled, Swiss Style. Also known as the International Typographic Style, Swiss Style had previously emerged in Russia, the Netherlands, and Germany in the 1920s. But the movement became famous through talented Swiss graphic designers who further developed it in the 50s.

The Swiss Style became popular in art, architecture, and culture. Although it became an international style in the 50s and was produced by artists from around the world, it remained known as Swiss Style.

The intense attention to detail, clarity, objectivity, and readability are marks of Swiss Style. A trademark of the style was visual unity reached through the asymmetrical organization on a mathematical grid. Works may also contain objective photography and typefaces that present information clearly and factually.

Central to the movement was the rejection of personal expression and avant-garde work. Instead, it embraced a scientific approach to design. Gone were the exaggeration and idealism we saw in advertising design or the propaganda posters popular during the Second World War.

Advocates of the style argued that design should focus on content and not ornamental extras. Removing these gets rid of distractions: the viewer can pay attention to the information in the design rather than just admire the work.

In Swiss Style, the designer is a neutral channel for communicating a message. And clarity, objectivity, and order are essential. Swiss Style is based on mathematical grids, which are consistent, flexible, and easy to follow. Grids are also clear-cut and work well with rations—like the rule of thirds.

Swiss Style uses sans serif typefaces, which pair seamlessly with the grid systems used. The typefaces that represent Swiss Style emphasize the movement’s central principles of simplicity, readability, and clarity. These include:

Ernst Keller was known as the father of Swiss design since his teachings mark the beginning for the grid system the style uses. He also taught that design should place focus on typefaces and content. His students became the forefront in the creation of the movement.

Joseph Müller-Brockmann was a student of Keller’s who focused his work on the grid system and the Akzidenz-Grotesk typeface. He was influential in spreading the movement beyond the borders of Europe through establishing Neue Grafik (New Graphic Design) journal.

The radical influence of Swiss Style

Swiss Style arose from modernist ideals and was an authentic pursuit for simplicity: design should focus on content and not elaborate decoration. Beauty was not the sole purpose of the work, but the function was.

Swiss Style had a significant impact on graphic design through the 50s and 80s. And it still has a lot of influence today where you can see it in everything from famous band posters to corporate communications.