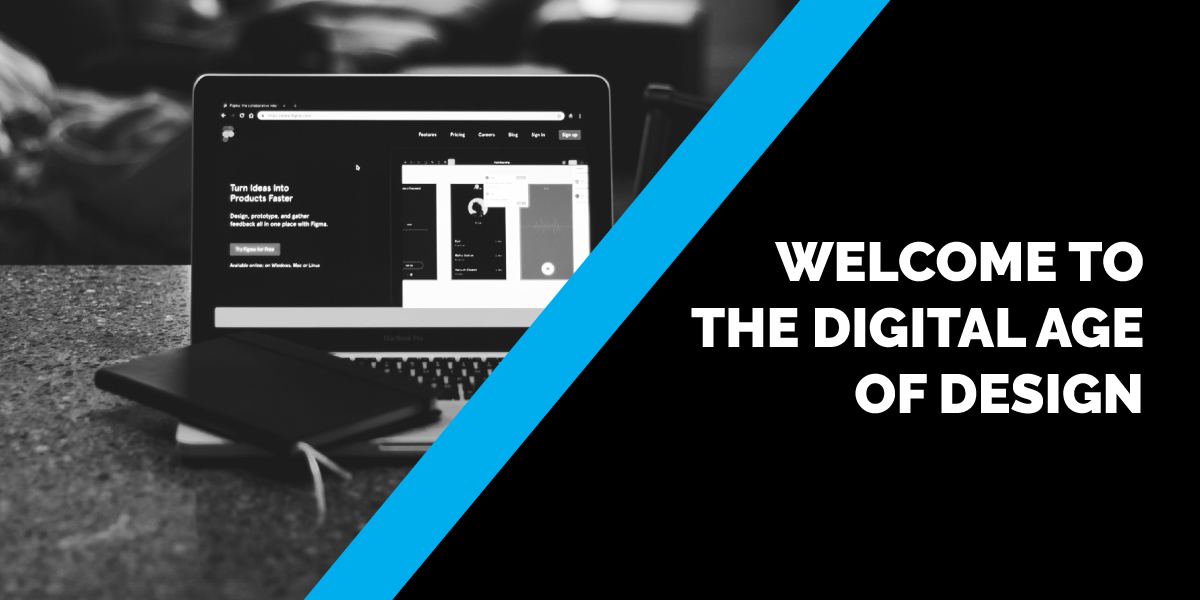 Welcome to The Digital Age of Design

Much like the invention of photography, digital technology has vastly impacted art and design. Computers are a huge part of our daily lives and have changed how we create art. We are even at a point now where just about anybody can create digital art.

Even though computers affected design and movie production in the 1970s and early ’80s, it wasn’t until the mid-’80s and ’90s that quickly changing computer technology drastically changed graphic design. And it feels like it hasn’t stopped slowing down: the digital movement continues to evolve and shape design as technology rapidly accelerates.

The rise of digital art

Until later on in the 20th century, graphic design was a process involving significantly different steps than what we see today. Much like photography of the past, where the film was developed in dark rooms with various chemical solutions, graphic design pre-1984 was a hands-on process. Layouts were hand-drawn, the type was ordered from a typesetter, and type proofs and photostats of images were assembled on heavy paper or board for photographic reproduction and plate making.

But with Apple’s Macintosh computer in 1984, came programs like MacPaint. Suddenly new tools allowed designers and artists to use computer graphics intuitively. And by the mid-’90s, graphic design had transitioned from a drafting table to an onscreen activity.

Many artists, animators, and designers had to adapt to and learn new technology—or get left behind.

How the digital age of art has impacted graphic design

Computers have given designers typesetting tools, causing a period of experimentation in the design of new and unique typefaces and page layout.

Quick developments in computer software have also allowed designers to do all sorts of things easier and more efficiently. They can stretch, scale, and bend elements. Designers can even quickly layer type and images and organize images into complex mixtures. Things that took hours with traditional methods now take seconds.

Once people had public access to the Internet, graphic design flourished. By the mid-’90s, Internet commerce became a big part of the global economy, so everyone was in a hurry to get a website.

Even though website design involves laying out screens of information (unlike actual pages) types, images, and color are similar to what’s used in print. Web design requires all kinds of new techniques—from using hypertext to move the user to additional information to designing a site for optimal user experience.

Because the Internet reaches all corners of the globe in our current world, graphic design is everywhere. It pervades contemporary society: it delivers information, is a huge part of entertainment, and it persuades people to buy products. The graphic designer gives expressive form to messages, helping people understand all sorts of communications.

As the digital art movement continues to adapt to new technologies, the digital age can be thought of as profoundly freeing. It allows people to create in ways that weren’t possible before, letting them deliver messages and get out inspiration in new—continually evolving—ways.