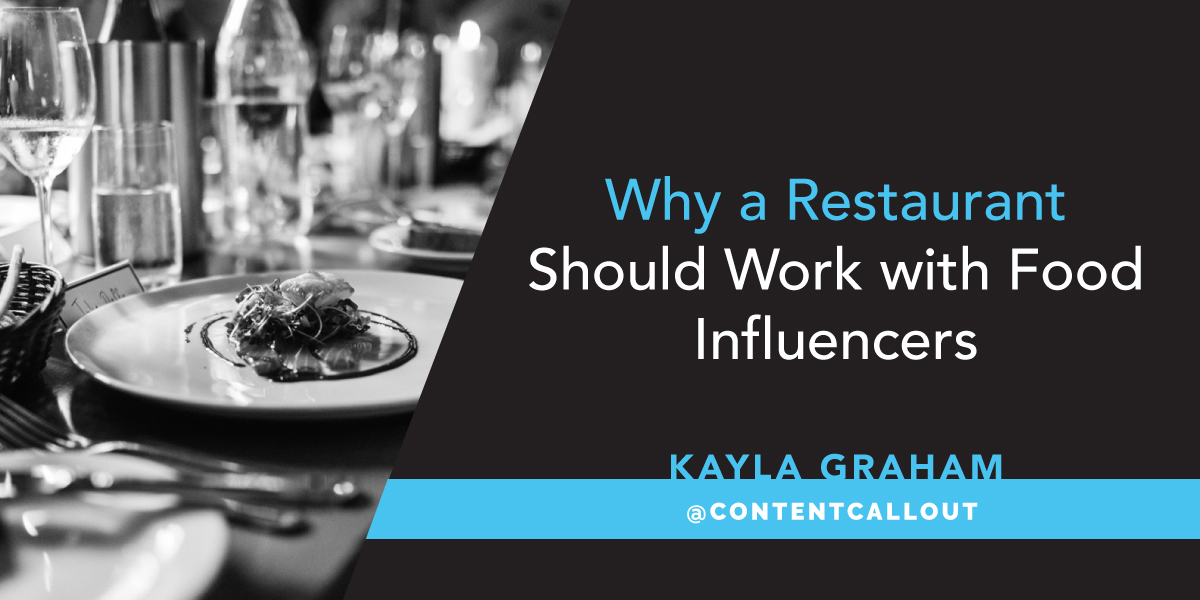 Why a Restaurant Should Work with Food Influencers

Dan Clapson—the co-founder and Creative Director of Eat North—agrees that food influencers are becoming more and more common. You often see anyone with a certain amount of followers attempting to be food influencers. Many ask restaurants for free food in exchange for their services, which can often be frowned upon.

However, Dan believes if they’re asking for a free lunch or dinner or even a setup of some dishes for photos, he feels like it’s a fair ask. Especially when a legitimate influencer asks to be involved (not just someone doing it as a hobby).

He points out that if you were paying for a photographer, you’d still be cooking, making cocktails, and preparing all of the dishes on top of paying their fee. The harder part for restaurants to navigate is finding the ideal influencer to work with. ‘

How Dan determines the legitimacy of an influencer

What gives legitimacy to a “legitimate” influencer? Dan works with a lot of influencers, so he’s devised a way to determine who adds value to a project. If Dan was a local restaurant and an influencer with 12,000 followers reached out, asking for $500 on top of the food, Dan would look for mutual followers. Who do you follow compared to who follows them? If they have high numbers, but there is no mutual following, it can be a red flag.

A local restaurant should be following local influencers and industry professionals. If you don’t see that crossover, it’s often not a good fit. You also have to look at what else is happening in their feed. Donna Mac focuses on Vegans/Vegetarians, so they probably wouldn’t want to pair with an influencer who was an influencer for Alberta Beef.

Growing as an influencer in the space

How does Dan feel about being an influencer? When he started food writing 11 years ago, he was the young person in the industry. Now he feels like one of the older people in the industry as many influencers are mid-twenties or younger.

Because Dan is also a food critic, he is cautious about what he’ll share online. He doesn’t gush about a lot of things like you’d see in the lifestyle influencer sphere. He learned to write and voice his opinion in a certain way. There is critical thought on Instagram; it’s just presented far differently than he would present it.

Dan would love to be a mentor for other food influencers and to apply his knowledge in a way that’s appealing to a different demographic. He is careful to invite them to industry events and believes it’s essential to show that he respects them and values their presence.

Dan is an advocate of working with influencers on Instagram (and Instagram marketing in general). It’s the easiest and most affordable way to market a new or up-and-coming restaurant. If you aren’t working directly with an influencer, he recommends hiring a professional food photographer to capture photos of your dishes. It may be costly upfront, but it’s a great way to fill your feed with mouth-watering images of your food for months.

How does Dan feel about marketing on TikTik? TikTok was the first time Dan looked at a social media app and said, “Okay, maybe I’m too old for this,” but then joked that you see a lot of older people using it.

You can use TikTok for mini-features on restaurants that just opened, spots on must-have items at bakeries, and even share kitchen or baking hacks. You have to step back and think about how many videos you can film in one day and roll out over a certain amount of time.

What else can you do to market your restaurant? Dan shares some great tips and strategies in episode #43 of the Content Callout podcast. Give it a listen!